A brief pictorial of some of the trust activities.

Images change every five seconds. Hover over image to pause.

Part of our display at Duxford air show

Screening 16mm films on the display stand at Duxford

Dion and Alex at Duxford

Dion repairing a B&H amplifier which failed at Duxford

The PPT has an extensive collection of cinema equipment, largely stored at its base at Dean Clough Mills, Halifax but some is stored at Elstree and at Duxford.

Go to the collection

This 1908 Gaumont Chromo will shortly be leaving Elstree to return home to Birkenhead. It will go on display at the Williamson Art Gallery and Museum in Birkenhead in The Wirral.

Death on the Nile in 70mm at the Odeon Leicester Square

Nigel Wolland took these pictures on 21 February 2022 of the 70mm copy of Kenneth Branagh's Death on the Nile running in the projection room of the Odeon Leicester Square.

A 20,000 sq ft sound stage enclosure has been constructed close to the Dreamland ex-cinema for filming of Empire of Light by director Sam Mendes whose work includes two James Bond films, Skyfall and Spectre. The film stars Olivia Colman and Micheal Ward and revolves around an old cinema in the 1980s. Dreamland has had new temporary signs erected for the film showing the cinema as the Empire, and these will be removed when filming is completed by June.

The Isle of Thanet News article can be found here.

I started collecting cinema equipment plates after my first visit to the Cinema Museum in 2018. Ronald Grant had two boards full of incredible plates that brought back memories of my youth working at the Ritz and Odeon in Southend.

It was a very modest affair for the first year as I scoured Ebay and other places for new additions but as I became more involved with the PPT, Cinema Museum and the CTA other sources of material presented themselves. People like Nigel Wollard and Alex Cooper have been very helpful in assisting me with several of these items but others have come from as far away as the USA. Thus the door to my office has gone from very humble beginnings with a lot of duplication to the present state where I am approaching full capacity and only two items duplicated.

There are plenty of items I would like to place on the door if they can be located but I am now having to think what provision to make when the door is full. I do have one or two items that do not fit on the door such as a Peerless Magnarc  nameplate for which I have made a small lightbox to display it. A lot of the items I am searching for will fit on easily such as the badges for Brenkert, Walturdaw 5, Ross GC and DP70 mechs, a Vulcan Arc nameplate and a Duosonic Cabinet badge. However the white back plates from Lightmaster and  President Arc lamps will need to be displayed elsewhere - and who knows what else might turn up apart from these items!

If you can help Bob with his search for badges please email him at bm@theppt.org A collection of videos about cinemas and the people involved PPT member Fred Fullerton has produced a large number of videos over the years and we are grateful to Fred for allowing us to feature many of them here.

These specials are versions of our Rewind magazine covering selected subjects produced for online viewing.

Click on an image to view/download. Not all browsers display pdf files correctly. You may prefer to download files and view in Adobe Acrobat viewer (downloadable here). 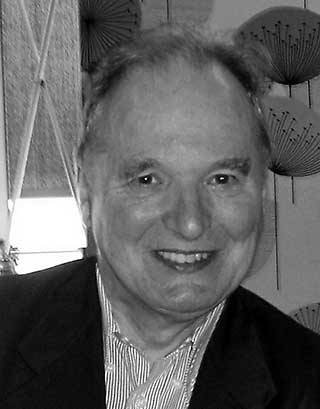 David has provided a large number of articles, on a variety of subjects, for the PPT and the collection can be discovered by clicking the button.

An introductory guide to film projection

Film projection has a long and storied history. There is a romance to film projection that is not shared with its contemporary replacement Digital Cinema–the idea that there is someone in a darkened booth cleaning and lacing the projector, changing reels and keeping an experienced eye on the focus and sound levels is a reassuring throwback to times gone by. Indeed, it took the cinema industry longer than most other entertainment industries to embrace digital technologies, but when, in the mid 2000s it finally did, the change from film to digital projection was rapid and in the space of five years digital cinema dominated the industry.
The Independent Cinema Office (one of the websites featured on our Other websites page) has published a booklet giving an overview of film projection. It was written by Dominic Simmons, and photographed by Alexa Raisbeck and Dominic Simmons.
The booklet can be viewed on the ICO website or viewed directly here.

Our listing of other websites has been expanded to contain more websites and more information and now has its own page.